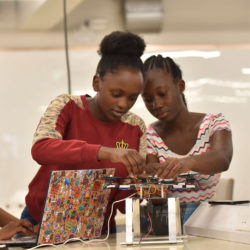 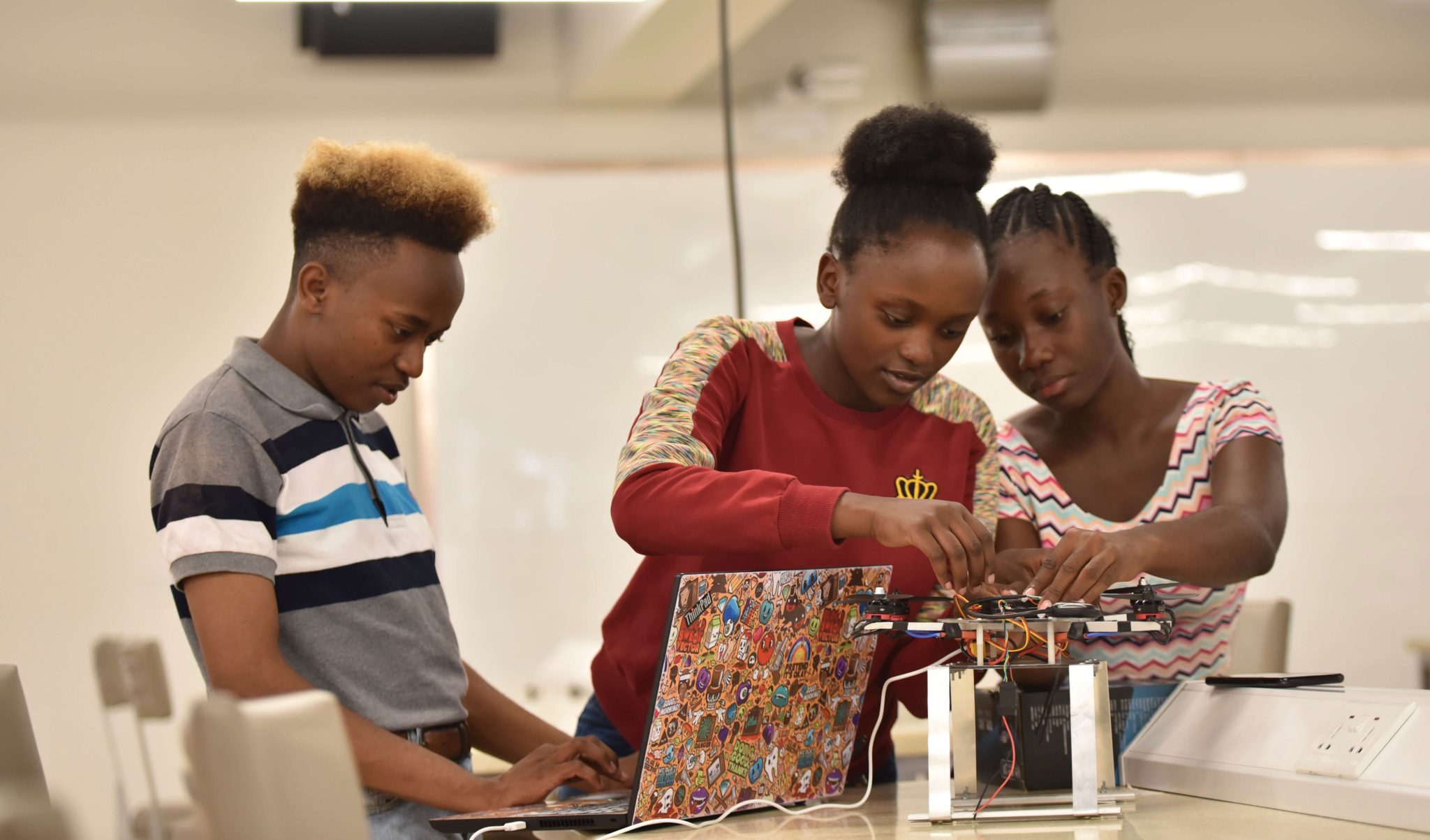 January 21, 2020
In this semester’s Introduction to Engineering class, first-year student teams worked to build drones that could help a mining company retrieve samples from remote and inaccessible mining concessions. The 10-week project required students to not only build their drones from scratch but also included the design of claws for pickup and a GPS for autopiloting. The task, modeled after a challenge faced by a mine in Zimbabwe, was intended to help students develop foundational skills in Mechanical, Electrical and Computer Engineering, Ashesi’s three Engineering majors. Across the project period, the students had to learn to design and 3D print different parts of their drones. Working in groups of six, teams also worked to design the drone’s circuit boards, as well as develop the code to fly it.

A cohort of students in the class share their experiences with the project.
“Designing and programming drones allowed our students to explore aerodynamics, electronics, and programming,” says Nicholas Tali, one of the class’ project supervisors. “This helps them build an understanding of how Ashesi’s three engineering majors work hand in hand in industry.

“It was frustrating at times,” says Clement Ngosong ’23. “After spending hours on a specific part of the drone, we would find that it was not working the way it was supposed to. We had to keep troubleshooting, but thanks to support from faculty, we were able to get the drones flying!” 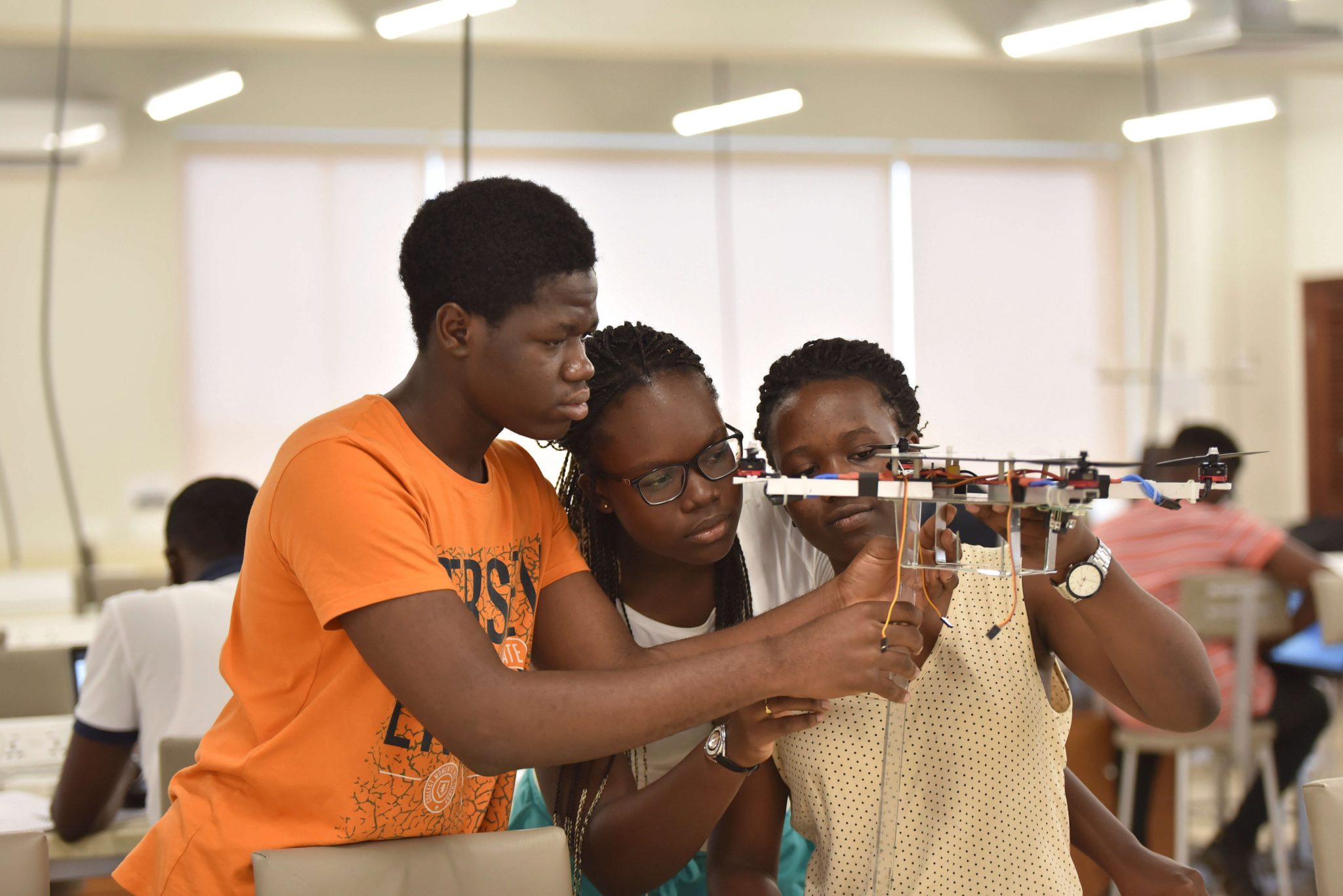 For their final presentations, students got to sit in a session with Clement Donald, licensed drone pilot and Safety Manager at Rocketmine Ghana Aerial Solutions; who walked them through his own experiences as a drone pilot and the significance of drones across several industries. And working with Clement, students got to take their drones on test flights on the University football field. All six team successfully flew their drones, to loud cheers and applause. “This project has generated a lot of interest in aerospace engineering,” says faculty supervisor, Heather Beem. “I expect that future projects for this year group will be influenced by this experience.” 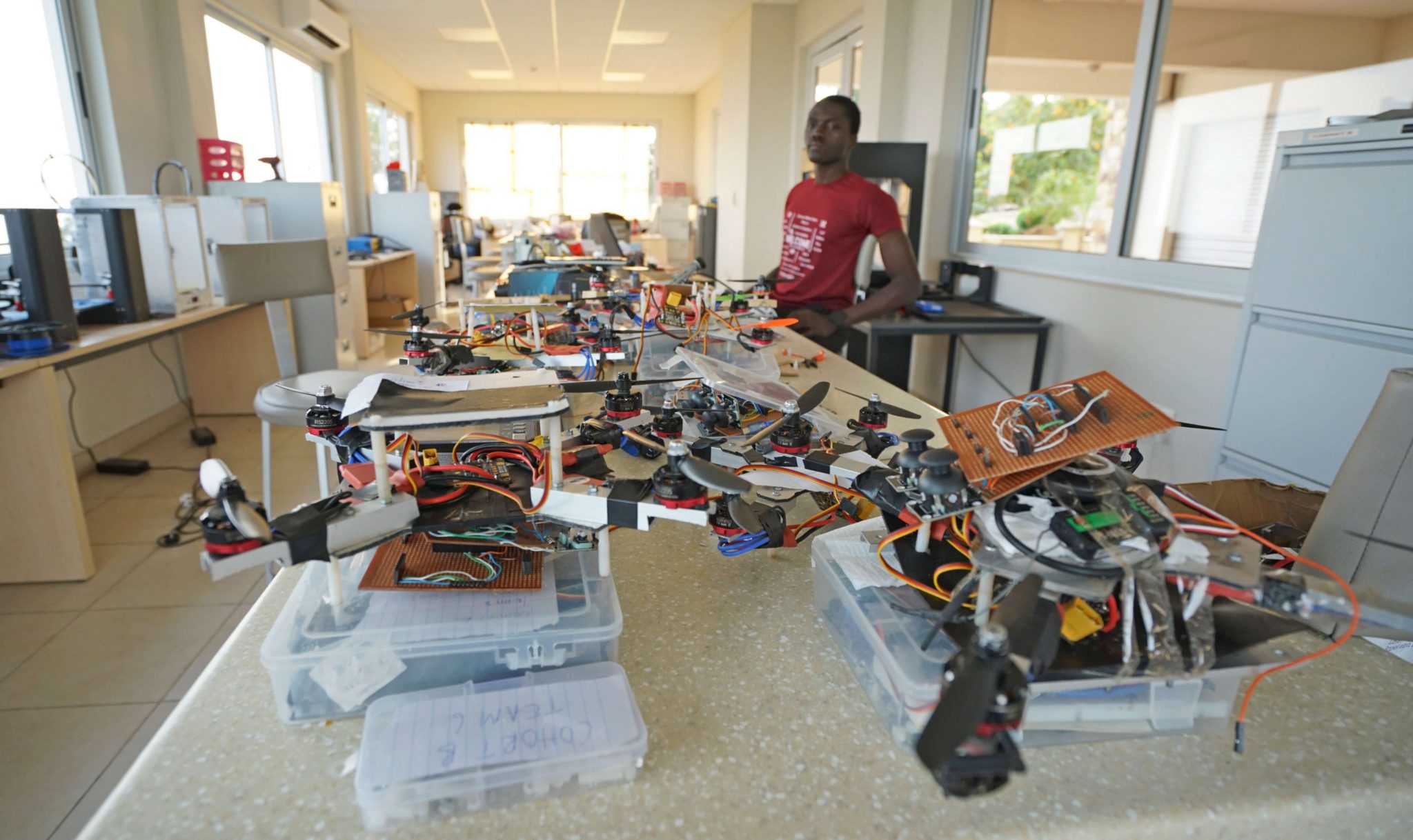 Ashesi’s Engineering program, now in its fourth year, continues to expand its ambitions for student learning and impact. Engineering students are now able to tackle even more ambitious projects, with the completion of a new fabrication lab, added tools and resources for workshops, and an added emphasis on research. And as faculty look to continue bringing industrial applications into the classroom, students are learning to solve key challenges affecting multiple organizations in Africa.