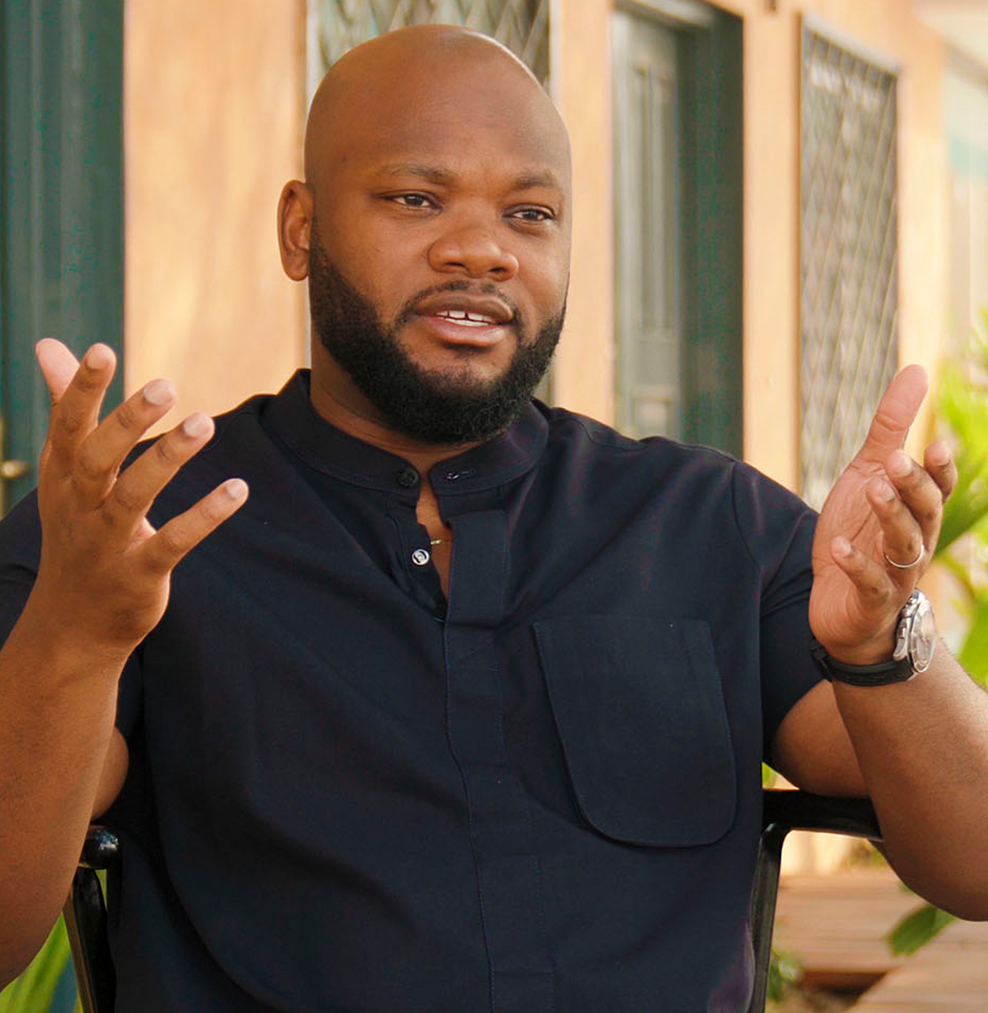 What do the Alley Bar, TreeHouse Restaurant, Nyaniba Market, and Aphro Spirits have in common? They are all businesses co-founded by Ashesi alumnus Kojo Bucknor. Over the past three years, the enclave of hospitality businesses has emerged in Osu and is fast becoming a thriving destination for young people in Ghana’s capital city Accra. Co-founder and Ashesi alumnus Kojo Bucknor shares his story as one of the two entrepreneurs building this new hotspot.

Kojo started his career at General Electric (GE) after graduating from Ashesi in 2012, among a pioneer group of alumni the company had recruited in its earliest days in Ghana. This allowed him to be involved in many significant projects within the organization. Within a year, his work had expanded beyond West Africa to project development across sub-Saharan Africa

“Working at GE was a steep learning curve and an eye-opening experience for me,” Kojo shared. “Even though we were thrown into the deep end, we had already built our rafts at Ashesi.”

By the close of the decade, Kojo had worked in several key roles, including being Project Finance Director for Power Distribution Services – a Ghana government-led effort to reshape the Electricity Company of Ghana. Having built experiences across corporate Africa, Kojo wanted to explore new pathways as an entrepreneur. In 2017, he started developing a long-held idea for an ecosystem of businesses.

In Osu’s Nyaniba area, Kojo and his partner Kwasi Osei-Kusi have created a popular set of hospitality businesses designed to welcome people from all parts of Accra’s bustling population. Over the last three years, the two co-founders, who first met as teammates at GE, have taken a run-down alley and a set of abandoned warehouses and built the Alley Bar, TreeHouse Restaurant, and the Nyaniba Neighbourhood Market. The vision is to create a thriving hub both for entertainment and for young lifestyle businesses looking to engage a diverse consumer audience.

“Our thinking was to build a portfolio of hospitality experiences that we believed did not yet exist,” says Kojo. “By growing the traffic into this area, we can open up spaces for small businesses, mostly running small storefronts online, to have an affordable physical space to operate out of and a steady stream of customers they can engage with.”

Kojo is also CEO of the locally produced palm spirit brand, Aphro Spirit. The brand takes akpeteshie – a local beverage that has been popular in West Africa for several decades – and looks to repackage it for a global market. More importantly, Aphro Spirits works to ensure that palm farmers who provide the liquor’s raw material can grow their harvest’s value. In the first year of its launch, Aphro won “Spirit of the Year” at the 2020 Ghana Beverage awards.

“I doubt that anyone would ordinarily mention akpeteshie, the local gin, as a possible item on the world market,” said the President of Ghana, speaking about Aphro Spirits and local manufacturing during his inauguration address in January of 2021. “I cannot vouch for its taste or potency since I gave up alcohol many years ago. But I can say that the Made in Ghana and beautifully packaged ‘apio’ I have recently seen can compete in the most sophisticated markets in the world.”

“Aphro is a product proudly made in Ghana,” says Kojo. “We believe the success of the Africa Free Trade Agreement will be a significant enabler to gaining presence, scale, and market share across the continent, and our application to this convention is underway.”