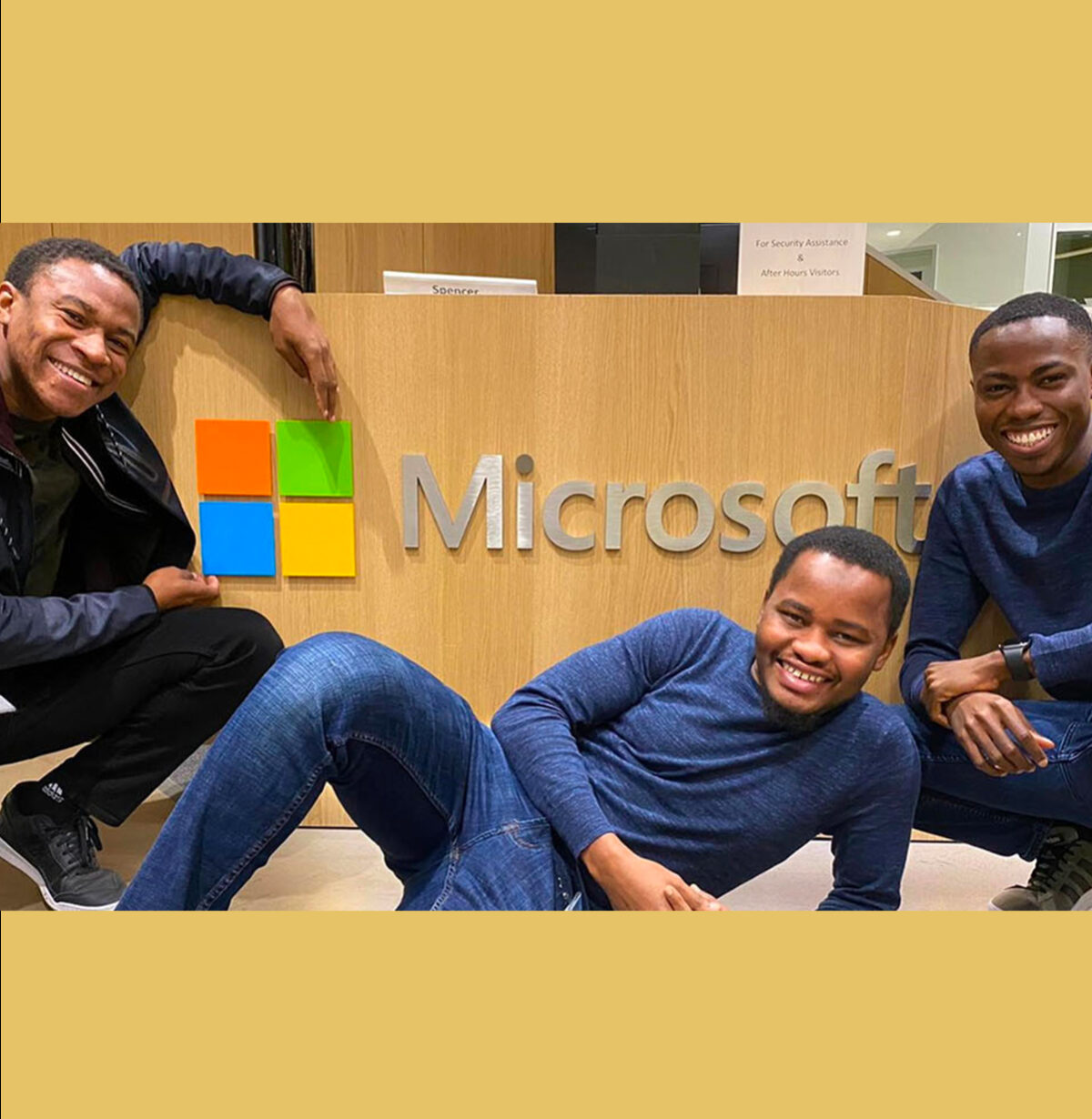 Dwen Hwe Kan, which means ‘think and look ahead’, is the motto of Mfantsipim School, the alma mater of Ibrahim Abdullah. The motto has been the guiding light for his triumphs and wins in life. As one of Ghana’s best Senior High Schools, Ibrahim had been grateful for the chance to join the school. However, he nearly dropped out due to financial constraints.

“While in high school, my parents struggled to pay my schools fees until I was awarded the Mathematics, Science and Technology Scholarship by the Government of Ghana during my second year. Before the scholarship, I always felt the possibility of dropping out of school at some point due to financial difficulties. I also used to stay on campus a little longer at the end of the term and go around the academic side of the campus to look for discarded books to study. All of this made it clear to me that my parents were incapable of funding my university education, so my ultimate plan was to do well academically to improve my chance of getting a scholarship for my tertiary education” shares Ibrahim.

After high school, Ibrahim took a gap year to work and make money to fund his tertiary education whilst at the same time exploring scholarship opportunities.

“I discovered Ashesi University and the Mastercard Foundation Scholars Program at this time and so applied to the university,” he explains. “On a visit to the school’s website, I read about student’s projects, available exchange programs, and the high employment rate of Ashesi University graduates which were very impressive. I, therefore, did not hesitate to accept Ashesi University’s admission offer to study Computer Science as a Mastercard Foundation Scholar in 2014. In fact, I delayed accepting an offer from Kwame Nkrumah University of Science and Technology to study Petroleum Engineering waiting for Ashesi’s decision on my application.

Ibrahim spent a year working with the Computer Science Department at Ashesi as a Teaching Assistant before joining Microsoft as a software engineer. At Microsoft, he works with a team in Vancouver, Canada on test platforms/tools (test framework and systems) for Office developers.

“Vancouver is a typical cosmopolitan city and with the experience of my engagement with students from different part of Africa at Ashesi University, my transition has been quite easy,” he says. Ibrahim (pictured center) with fellow alumni Abdul-Razak and Constant. Both are his work colleagues at the Microsoft Office in Vancouver, Canada

“The liberal arts education I received equipped me with the knowledge needed to kickstart my career at Microsoft,” Ibrahim adds. “At Ashesi, I learned more than software engineering but most importantly the ability to solve problems and think critically. In addition to that, the deliberate effort by the university to introduce students to social issues gives me a better understanding of the world beyond my 9-5 job. It is worth mentioning that The Mastercard Foundation Scholars Program at Ashesi University contributed immensely to the development of aforementioned abilities and effective communication.”

With technological giants like Microsoft and Google establishing footprints and research/engineering offices in Africa, and the rise of remote work due to the Covid-19 pandemic, Ibrahim believes there is more opportunity to empower local developers to build technologies on the continent.

“I also expect a substantial increase in the number of developers from the continent because it is easier now to access resources and acquire software development skills,” he says. “Also, businesses and governmental organizations will continue to digitize most of their manual processes, and this will create more job opportunities in tech,” says Ibrahim.

“To current Scholars and recent graduates, resilience and grit are needed now more than ever. The world is now a global village, so do not limit yourself when it comes to choosing a career path. We must adopt lifelong learning to develop the needed skills for whatever paths we are interested in, to compete globally. Learning does not end with your first degree, and you must remember that lucky are those who are prepared for opportunities!”