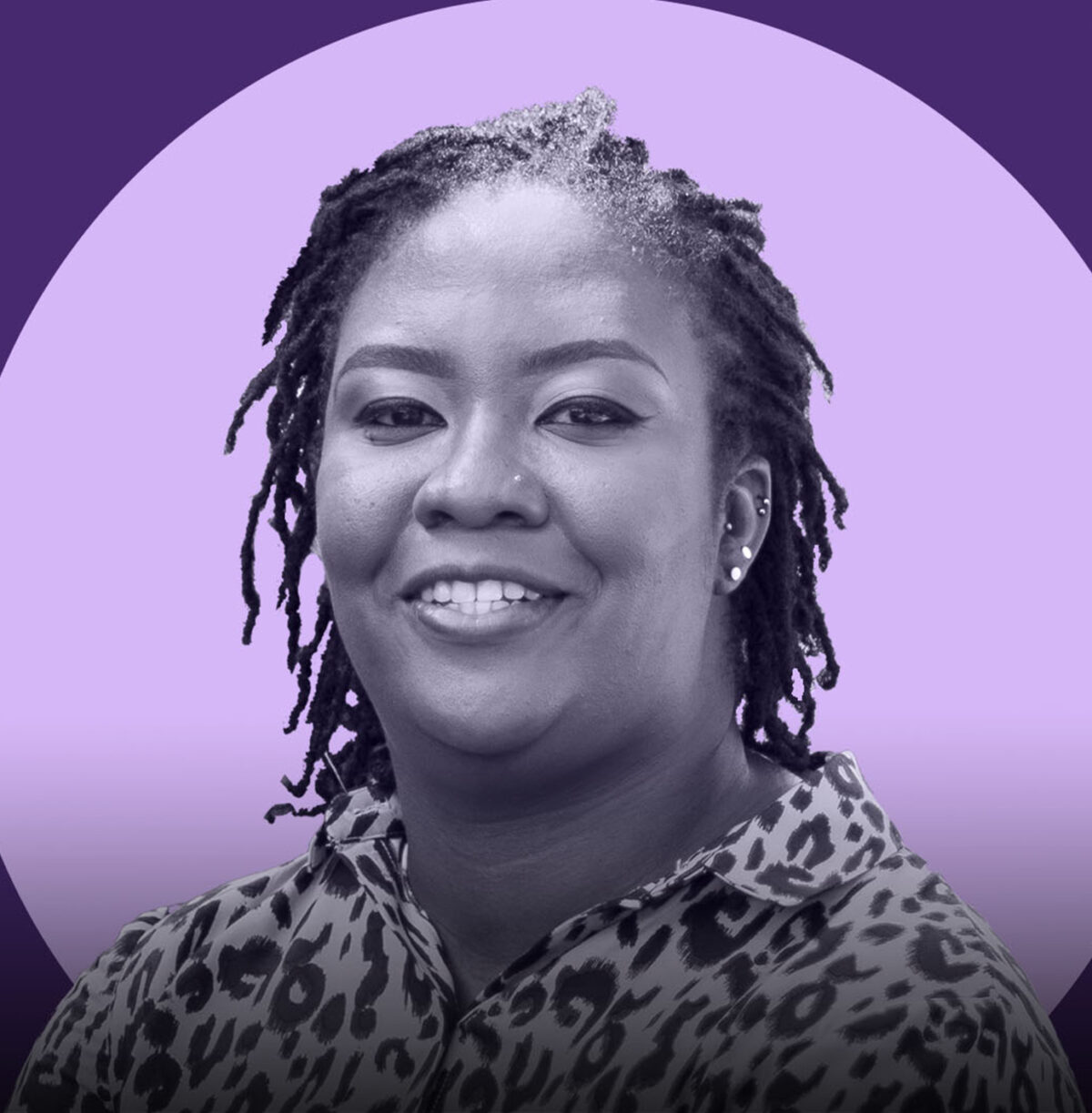 When Maureen Biney ’12’s brother took ill years ago, their trip to the hospital revealed a lot more than just a diagnosis. To pull up his records, the nurses had to comb through pages of notebooks, a highly inefficient process. And even though in her brother’s case there was no severe consequence, Maureen would later learn that it was often worse for thousands of patients and families across Ghana.
“It was a largely inefficient system, where precious time was wasted just trying to find a patient’s medical history,” shared Maureen. “There were lots of examples of more efficient systems around the world.” And so during her Master’s programme at the University of Surrey, Maureen revisited the phenomenon through her thesis project, where she built technology to support Ghana’s most underserved health centres. And even though she now works as a Software Engineer at American Express, the application Maureen built has been adopted by four local health centres, including the Korle-Bu Blood Bank in Ghana’s largest medical facility.
“Having experienced the inefficiencies first-hand, I’m glad I was able to build a solution that addresses this,” shared Maureen, who continues to study how the system she built is being used. 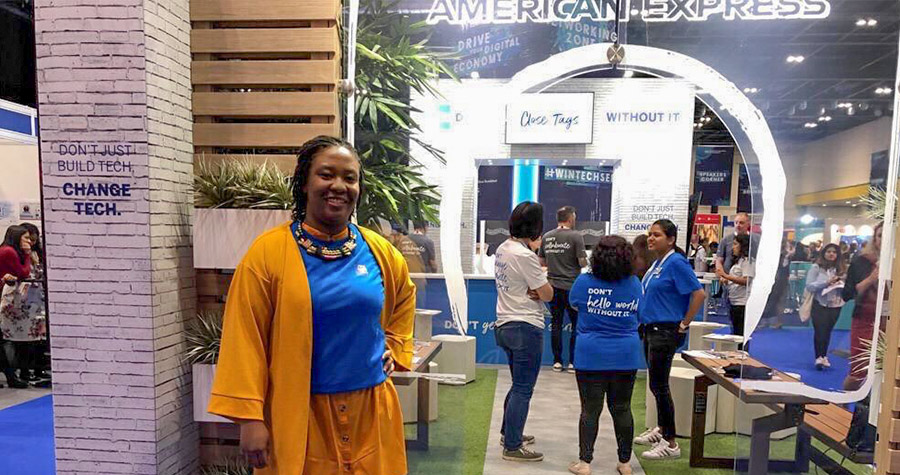 Growing up, Maureen had never considered a career in technology as an option.
“I loved languages,” she says. ” And I was convinced I was going to be a polyglot and work for the United Nations. However, when I got to Ashesi, I had to choose between three majors then. I wasn’t sure I wanted to do Business Administration or Computer Science, so I settled for the hybrid: Management Information Systems. I realised I enjoyed coding, and I haven’t looked back since.” 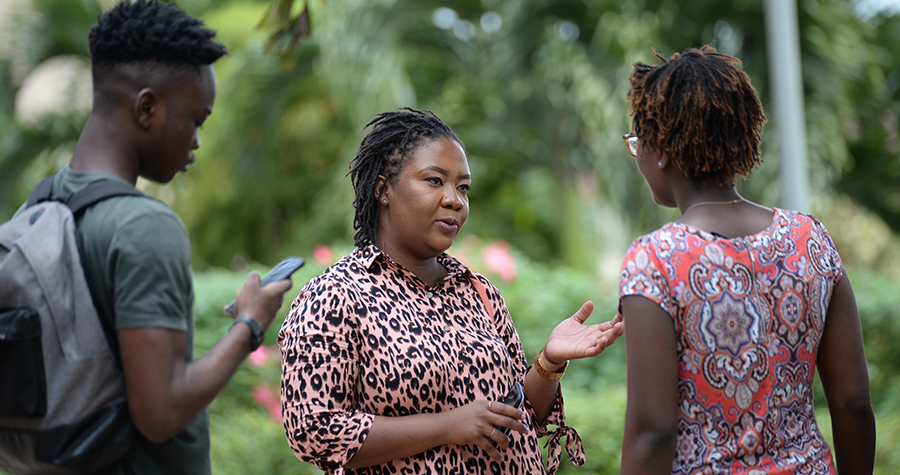 After graduating Ashesi, Maureen worked with a local software company, where she co-developed software products for the company.
Following her Master’s programme, she joined the American Express Software Engineering team in the United Kingdom where she has worked in various roles, helping build solutions for millions of customers the world over.
Giving back and recognition
Now when Maureen is not busy building applications at American Express, or making tweaks to her healthcare records application, she makes time to teach coding especially to children.
“I wish I had been introduced to programming earlier,” she said. “This is why I spend time teaching children to code. Not only do they get to explore technology and identify interests earlier, but it also helps give them a sense of their ability to create new things.” 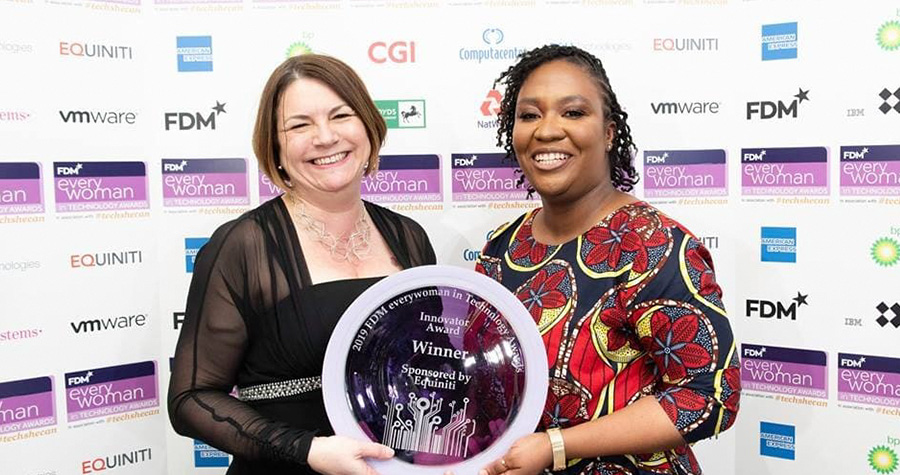 In March 2019, Maureen’s work came full circle, when she was awarded an Innovator Award by EveryWoman, a UK organisation that promotes and celebrates impactful women in business.
“This award is the highlight of my career journey in tech so far,” she shared. “I have always loved to bring people with me by teaching them what I know and just help them in any way I can. The public acknowledgement feels great and I want to do more with it. I’m currently putting down ideas on how I can run similar learning sessions in Ghana. I hope my journey will inspire young women to do anything they want, not only in technology but in whatever they put themselves to.”