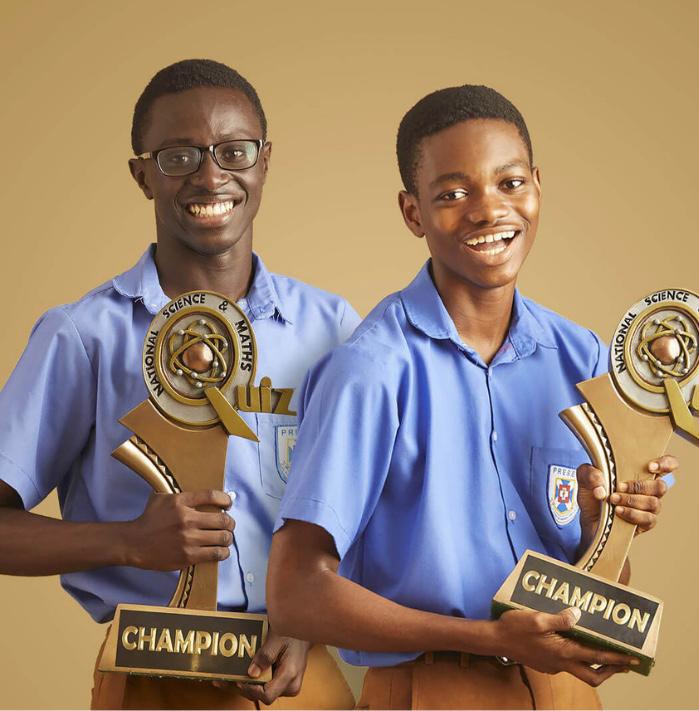 For as long as he can remember, Isaac Gyamfi ’24 had always wanted to be a “quiz boy.” As Ghana’s leading National Science and Maths Quiz (NSMQ) captured a new wave of audiences across social media, television, and radio, Isaac would pay attention to the contestants as someone who wanted to be in their shoes someday.

His dream would come true when he eventually got into the Presbyterian Boys High School, previously five-time winners of the competition. Together with Daniel Gakpetor ’24, and other colleagues, Isaac (right) would help the school many know in Ghana as ‘Presec’ to win its record sixth NSMQ trophy. The team would become recognised across Ghana, and be celebrated by the President for their accomplishment.

“I applaud you all,” President Akufo-Addo said during a broadcast with the NSMQ organisers and winners. “Especially Isaac Kofi Gyamfi, Benjamin Quansah Nketsiah, and perhaps the most famous of them all Daniel Kekeli Gakpetor. […] I share in your success.”

Now having been accepted into Ashesi’s Engineering Class of 2024, Isaac and Daniel consider the NSMQ competition experience as one of their most defining moments. 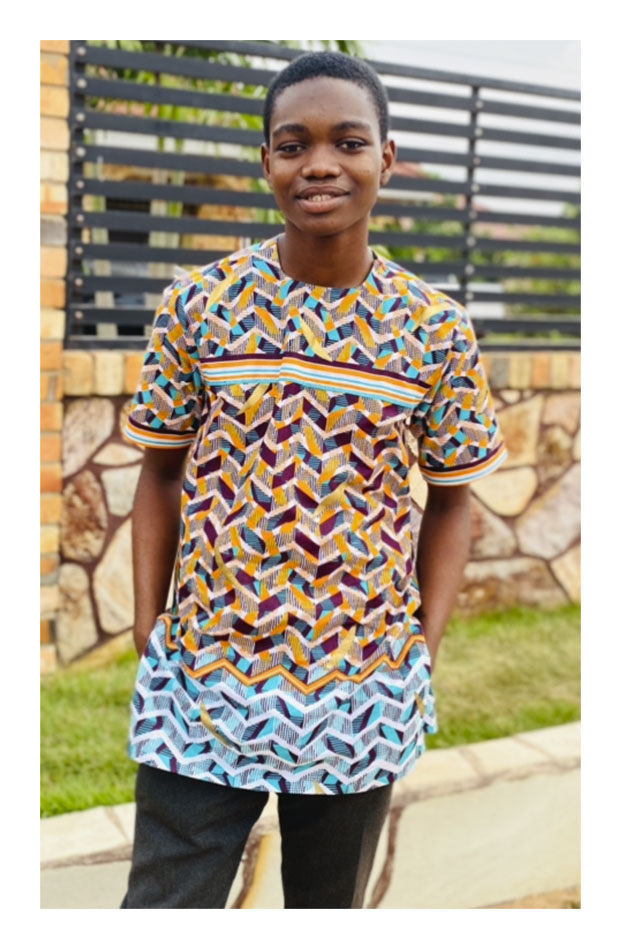 “People don’t fully realise the kind of pressure you have to handle as an NSMQ contestant,” says Daniel (left). “A lot of things run through your head as you are up on the stage, watching and listening to everything happening around you while also trying to solve and answer questions. It is very easy to lose focus and make a mistake on a problem you could have answered otherwise. The experience taught me a lot about making decisions in difficult situations and adapting when the odds are not in your favour.”

For Isaac, who earned the nickname the “Black Panther” very early on in the Presbyterian Boys High School, his Ashesi education will prepare him for another lifelong goal: to inspire more young people in Ghana to become Engineers.

“In our society, Engineers are often considered as technicians, with medical professionals seen as having more impact,” he explains. “My goal is to help correct this by pioneering new products and ideas that improve lives across the continent and helping deepen the impact and recognition of Engineers across Africa.”

The Presbyterian Boys High School is the most represented in the Class of 2024, serving as the alma mater of 7 per cent of the class. And as they begin their journey at Ashesi, many will have ambitions for bringing significant contributions to human development in Africa. One of those contributions will be increasing access to affordable energy, which Daniel currently considers as one of the most pressing challenges facing the continent.

“A lot of people, especially in Africa, still do not have access to a reliable and affordable electrical power supply,” he explains. “A lot of things are now becoming dependent on technology, and for the continent to be able to build and create new technological tools effectively, we need good power supply. If I have the opportunity, that is the first problem I will seek to solve.”