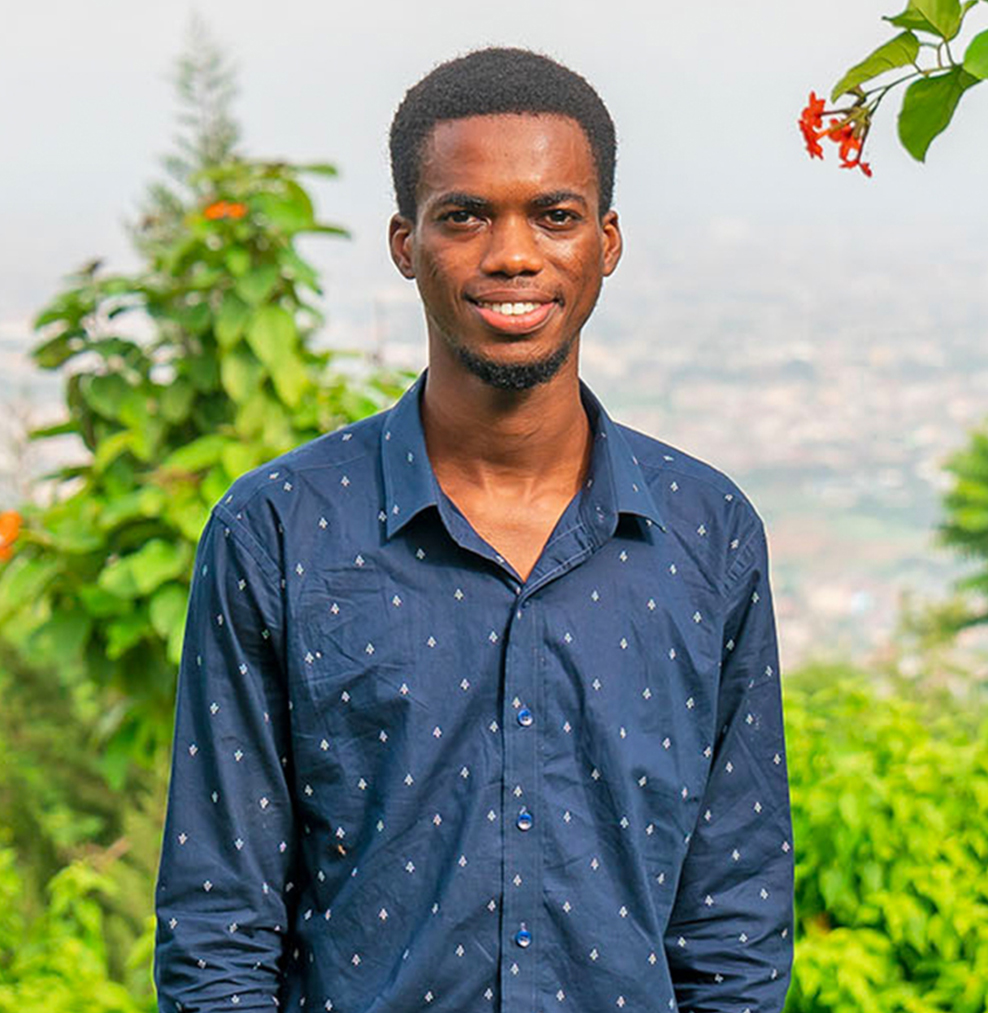 In 2017, six years after moving to Berekuso, Ashesi started work to move portions of the university’s power needs to solar. By the time Issahaku Walaman-i ’22 enrolled at Ashesi as an Engineering student, the university had installed some 720 solar panels across roofs on campus.

“I also learned that many organisations relied on manual labour to clean their solar panels in Ghana,” says Issahaku. “However, this approach raised safety concerns and was also somewhat expensive.”

To mitigate these concerns, he dedicated his senior year project to building a prototype for a device that could be deployed to clean solar panels automatically. With most parts designed and manufactured on campus, Issahaku built a machine that could move across the surface of solar panels and, with the help of a pump-powered water nozzle, could clean dust and wash any residue.

“The tests I did revealed average cleaning effectiveness of about 82.6% for 20-watt solar panels,” added Issahaku. “The prototype can be scaled to fit larger solar panels, and could be used suitability for residential, industrial and even commercial purposes.”